A Ride on the "Choo Choo"

Firefly and I went downtown to visit Husband at the hospitals last week. Not only did we getting to see where Husband worked (the hospitals NOT the psych ward, *shudder*), but we took the "choo choo" to get there.

The local hospital systems are connected by an electric tram that shuttles patients, doctors and researchers across town.

Not only is the ride FREE, but it only lasts about 6 minutes which is perfect for a little one that really only wants to get on and off and point at it as it pulls away.

So we drove downtown to ride the train. He was really excited to carry his bag and explore a new place. 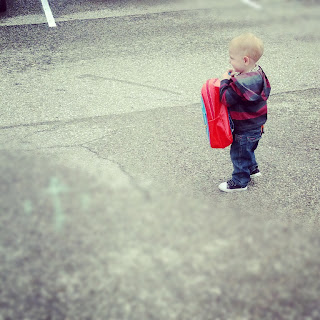 This was the image with now we started out. It was going to be great, Only about a 5 minute walk to the first stop. After a nice half hour detour because of some hazmat issue in an ER that closed down all the side walk we finally made it and even got to chat with one of Husband's colleagues. (Which was awesome as I was close to an asthma attack and incredibly nauseous after carrying the almost 2 year old for 30 minutes while pregnant.) 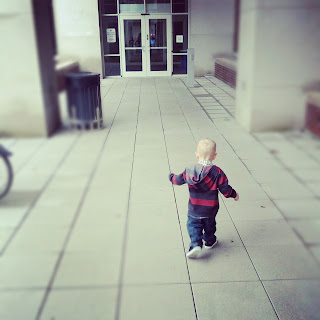 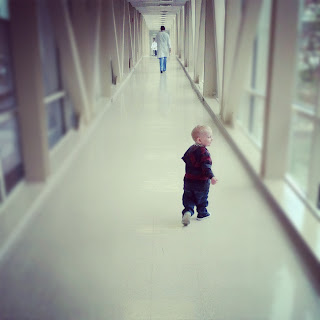 Not that Firefly minded. He was quite thrilled. 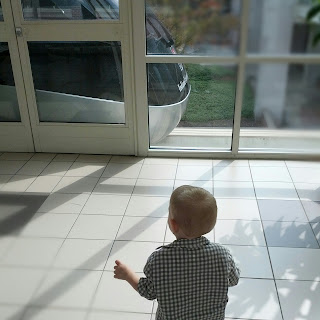 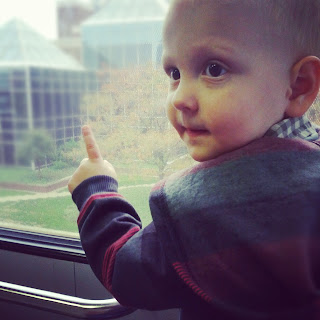 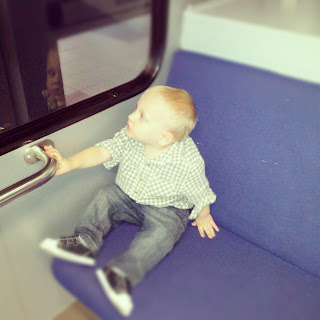 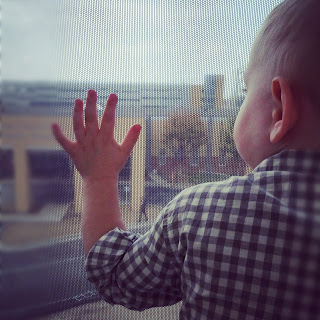 He really loved seeing the city from above. 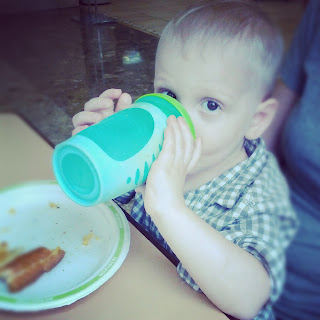 We ate in the drowned in butter wonderful hospital cafeteria and met some more of Husband's colleagues. While we'll never really see where Husband works, the cafeteria is a good place to meet! 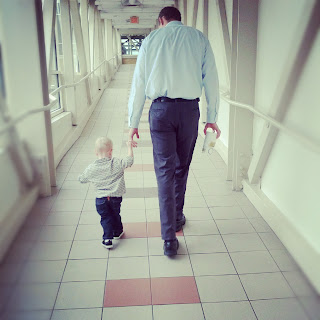 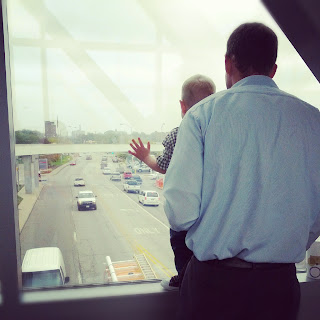 We loved watching the cars drive under the walking bridge. 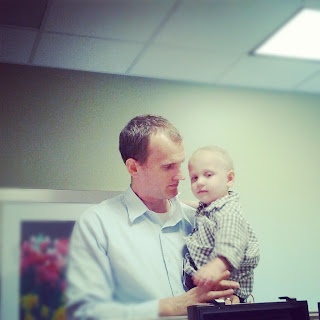 Then, we made the secretary's day by stopping to say hi and giving her a drawing for her new office. 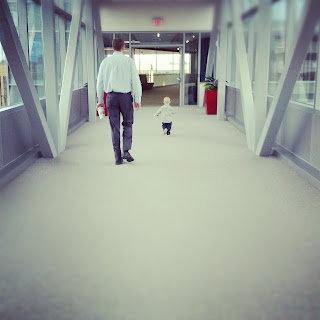 We said goodbye to Husband and jumped on the choo choo to go home.  When we got off to head home we had to stay and watch it leave so that we could say "bye bye choo choo!"

All he's been talking about since is the choo choo and playing with his trains. It was a fantastic outing and I think we'll definitely be doing it again.

Written by Jennifer at 9:20 PM No comments:

Email ThisBlogThis!Share to TwitterShare to FacebookShare to Pinterest
Labels: Escaping the House, Firefly, Husband, Life as a Doctor's Wife, Motherhood


We've made the decision that, for our family, I'm going to stay home.

It was the right decision and it was definitely time. The anxiety that I felt about telling my employer that I am pregnant again was enough to drive that message home for me. I didn't post about it at the time because I was to much of a mess, but my job as a female chemist and my first pregnancy DID NOT get along. 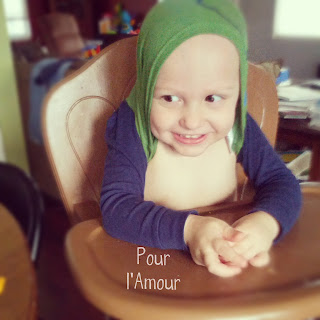 During the first pregnancy, I was afraid I was going to lose my job or be forced to work in an environment contaminated with documented reproductive hazards - on large scales. I was forced out of my group because they made claims I wasn't being productive and wasn't working 40 hours a week.  All completely untrue, but what they were claiming could have cost me my job. They didn't want to work around my limitation mandated by a company health assessment. After being forced out of my lab group, they had nowhere to place me because of hazards. They attempted to move me to a different lab without a health assessment, and told me about it the morning that I was supposed to transfer. I finally had to get HR involved and threaten to contact a lawyer. Then, when I came back from maternity leave, no group wanted to work with me because of the terrible rumors about me. I had to fight for my job and reputation while caring for a newborn, breastfeeding/pumping at work and being completely sleep deprived. Pumping at work was a large hurdle, because I would "disappear for large chunks of time" for no reason. And I continued to catch crap about having to leave early to get a sick Firefly from daycare.

I had been passed over for at least 3 promotions, denied raises and bonuses. But there was not much I could do about it because it was a she said/she said situation.

Anyways! that anxiety left me with a feeling of peace about our decision. So I walked in and gave my resignation. Unfortunately, my immediate supervision is a very good friend and I have worked with him for almost 4 years. There were tears his not mine, seriously and hugs and sad faces, for 2 long weeks. And there have been sad face messages since. I do miss our daily half hour coffee breaks every morning, but morning cartoon time more than makes up for it. 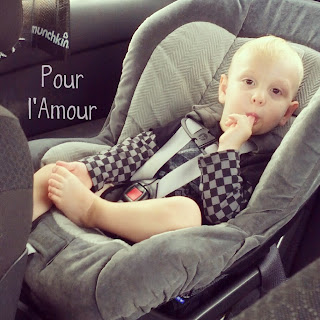 So far, quitting has been a wonderful decision for all of us. Now if I could only get a handle on this morning all day sickness...

Written by Jennifer at 9:09 PM No comments:

We are so excited.

I am beyond thrilled!

Firefly has absolutely no idea what's going on, but...

Firefly's going to be a big brother!

I'm about 10 weeks along and don't worry, I won't start the pregnancy posts yet.  I'll just say that I was doing really great until I hit 8 weeks and the soul crushing tiredness and morning sickness all day nausea hit.

We have our first appointment and ultrasound in about a week and a half and I can't wait to see the images and hear the heart beat to make it all seem real.  But, honestly, what I really can't wait for is getting out of this first trimester and being able to look at food before 1pm.

This is just the first of the HUGE changes happening in our lives right now, but the one that's lead to all the rest.
Written by Jennifer at 9:30 AM 2 comments: